On Tuesday 10th May, members of the Pupil Leadership Team, eco-club and a small group of Y7 pupils visited Mynydd y Gwrhyd wind farm near Cwmgors in the Amman Valley.

On the trip, pupils learnt about the history of the site and had the opportunity to climb into the turbine to see the control centre and visit the sub-station where they took part in some group tasks and viewed photographs of the various stages of site development.

The site is home to two 2.35 MW wind turbines, which produce enough clean, low carbon energy to supply over 2,500 homes each year. Both turbines are community owned. The initial idea for ‘wind power not opencast’ was proposed in 1998 but 20 years of site testing, public debate, consultations and fundraising were required before the wind turbines were eventually constructed in March 2017. Further details can be found here: http://awel.coop/

The pupils involved were a credit to the school, showing great interest and enthusiasm, answering and asking lots of questions and fully involving themselves in the opportunities presented to them. 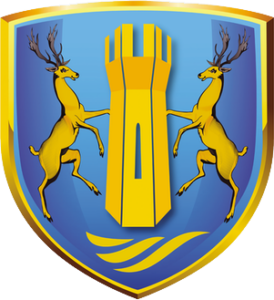